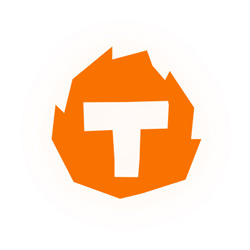 Thunderkick Games was founded in 2014, the company is based in Stockholm (Sweden).
It’s a very young company which has come up with some truly great slots.
The slots from Thunderkick are developed in HTML5 and the graphics are really impressive!
All games Thunderkick has produced are playable on multiple devices (desktop, tablet, smartphones).

The slogan of the company is “We are Thunderkick, and we make games”, we really love the games that are made by this company.

There are no traditional/classic slots made by the company, but only slots with cool bonus features and very nice graphics!

Impressive slots from Thunderkick are: Birds on a Wire, Frog Grog, Spectra, Turning Totems, Zoom, Fruit Warp and many more.